Can someone provide further clarity on the question below, as I don't see why the second response is not acceptable. The applicant did not disclose the "substantial outstanding debt" which sounds like they did not disclose information giving the right of refusal. A applicant can also be refused for having unpaid debts. Once getting it wrong, the reasoning is that an applicant can't be refused based on the potential of declaring bankruptcy, which sounds fine but it is not the part of the response that causes the issue (that being non-disclosure and outstanding debt). Can someone explain if I am missing something or if this is a poorly worded response? Thanks!

Liked by Paul H and 1 other

In Connect you can ask and answer questions and share your experience with others!

Hi Jeff - yes, your query is well founded - the second option introduces a point of confusion regarding "substantial outstanding debt". We recommend connecting with Humber learning support for clarification! 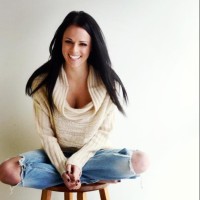 I remember answering this question and being frustrated with the same thing you are! There was another question about things you can't do before becoming a registered agent and one of the answers was creating a website...and I got it wrong - and Humber's reasoning was that it was okay for the registrant to 'create' the website before becoming a salesperson, but that they couldn't launch the site. That's a bit blurred if you ask me...they should be really direct with their options for answers...

Agreed, though this example is more closely in line with ordering business cards vs handing them out. I find that many of the questions, in addition to the principle focus also requires careful reading of the way it is phrased. Not a fan of that...

I also experienced this issue in many of the questions in many different modules. Apparently it’s a glitch and they are looking into it. This could cause some confusion that’s for sure. I’m worried about the Exam too whether the answers with coincide very scary.

Honestly, I wrote the exam today and I found a few trick question. This course is too dense with info to make trick questions on the exam. There were a lot of easy/obvious questions...but too many questions that seemed odd to have on the exam, or the answers were too close. I studied hard too.

Course 1 Module 3 Question
Question about Module 5 for people that took exam?
Modules in course 1
Exam 1 Module 4
What Module was on the exam 1 the most and least ?
Course 3, Module 9, Lesson 7, Page 5 please help understand